Quote of the Day

"This holy name of God Krsna, this name is absolute. Krsna is the same as His name, His form, His pastimes, His paraphernalia and so therefore this holy name of God has the same potency as Krsna Himself. And it says in the Narada Pancaratra that God is dancing on the tongue, if we just chant or sing this name Krsna then Krsna is dancing on the tongue." 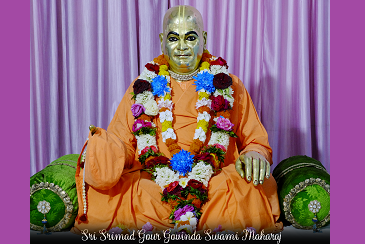 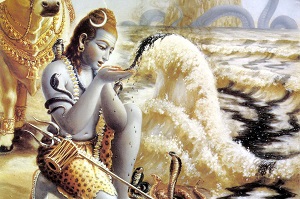 His Divine Grace Srila Gour Govinda Swami Maharaj appeared on the 2nd of September in the Gaurabda year 443 (1929 A.D.) in Orissa, India. Both his parents were devotees of Krishna and Jagannath, as were their ancestors up to the time of Sri Syamananda Prabhu. His mother’s family were the famous kirtaniyas of Gadai Giri. Thus most of His Divine Grace’s child- and boyhood was spent in Gadai Giri, in the company of his uncles and maternal grandfather, having kirtan and worshiping their ancient family deity, Sri Gopal Jiu. He was never attached to play, but rather spent his time reading Srimad Bhagavatam and Sri Chaitanya Charitamrta and singing Hare Krishna. In April 1974, on Ramnavami, the day of the holy appearance of Lord Ramachandra, His Divine Grace left his family to search for Sri Guru. He was now 45 years old but had since childhood had the desire to accept the renounced order of life, sannyasa, and preach the message of Sri Chaitanya Mahaprabhu. He was already acquainted with many sadhus in Orissa and throughout the rest of India, but was not satisfied by them. He travelled on foot and by train around northern India for about 5 months, stopping at every temple, monastery and institution where there might be a sadhu. Arriving at last in Sri Vrindavan Dham, he met His Divine Grace AC Bhaktivedanta Swami Srila Prabhupada on the 15th of September 1974. Among the first things Srila Prabhupada asked him was whether or not he had taken sannyasa. Srila Prabhupada said: “I will give you sannyasa!”. Within a short time Srila Prabhupada initiated him giving him Harinam and Diksa and the name Sri Gour Govinda Das and sent him to preach in Orissa. On Ramnavami 1975, during the opening of the Sri Sri Krishna Balaram Mandir in Vrindavan, one year after he had left home, Sri Gour Govinda Das was given sannyas by Srila Prabhupada. Thus Srila Gour Govinda Swami came back to Orissa and gradually, after much hardships, opened the temple that Srila Prabhupada had envisioned in Bhubaneswar. He also translated Srila Prabhupada’s books into the Oriyan language. From 1985 through 1996 His Divine Grace Srila Gour Govinda Swami preached throughout the world and accepted disciples. Thus he executed the three instructions Srila Prabhupada gave him.

Sri Nityananda Trayodashi is the auspicious appearance day of Sri Nityananda Prabhu. The Supreme Lord Sri Krishna appeared in Navadvipa, West Bengal as Sri Chaitanya Mahaprabhu to establish Sankirtana Movement (Congregational chanting of the holy name of the Lord, the Yuga-dharma for this age). To help the Supreme Lord in His mission, Lord Balarama appeared as Nityananda Prabhu. He assisted Sri Chaitanya Mahaprabhu by spreading the holy name of the Lord throughout Bengal. Nityananda Prabhu appeared in the village of Ekachakra, in the district of Birbhum (West Bengal) as the son of Padmavati and Hadai Pandita in the year 1474 AD. He was born on the thirteenth day of the bright fortnight in the month of Magha (Magha Shukla Trayodashi). Even today pilgrims visit the place of birth of Lord Nityananda in Ekachakra. This temple is called Garbhavasa. The parents of Lord Nityananda hailed from a family of pious Brahmins, originally from Mithila. 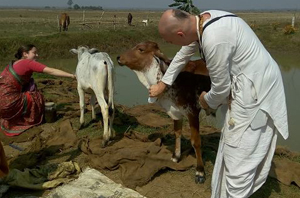 According to Skanda Purana, “One can demolish all his sinful acts by simply offering respect to the cows.” 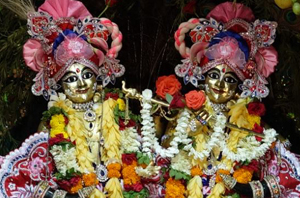 "There are four (4) altars in the temple namely – One in Padma Mandira (Lotus temple) – Sri Radha Gopinatha and Sri Gauranga Mahaprabhu. Other three altars are Sri Gour Nitai, Sri Krishna-Balarama, Sri Jagannatha,Baladeva and Subhadra Devi Sri Krishna-Balarama is the presiding deities of the temple.”

So by serving the devotees, we can please the Supreme Lord. It has become our prime need to provide a right and healthy accommodation facility to the devotees who are engaged in various loving services of the Lord. So, we need all your help & co-operation for the same as per the following contribution schemes. 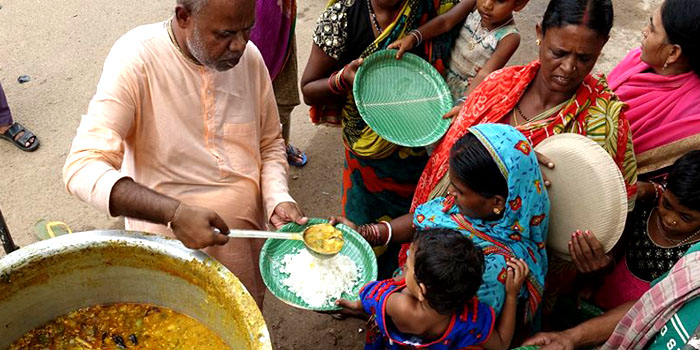 The International society for Krishna consciousness (ISKCON) is a well-known worldwide organization which is awakening spiritual awareness of the people, who are being misguided by modern education for running after material opulence forgetting the real aim of their life. 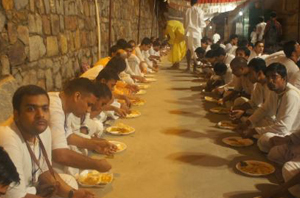 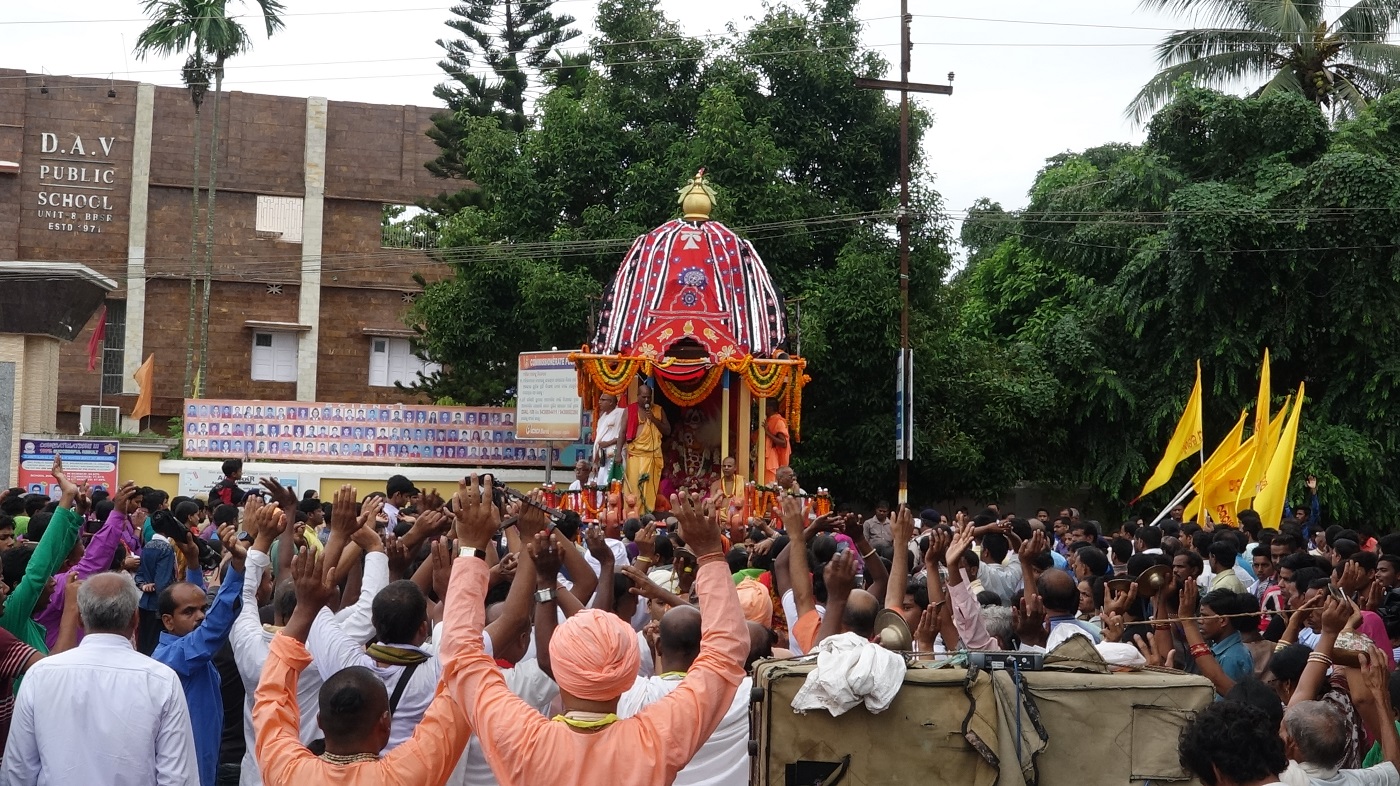 "The celebration was launched back in 1996 by ISKCON’s Governing Body Commission, as one of many ways to celebrate ISKCON Founder Srila Prabhupada’s Centennial, or the 100th year since his birth.” 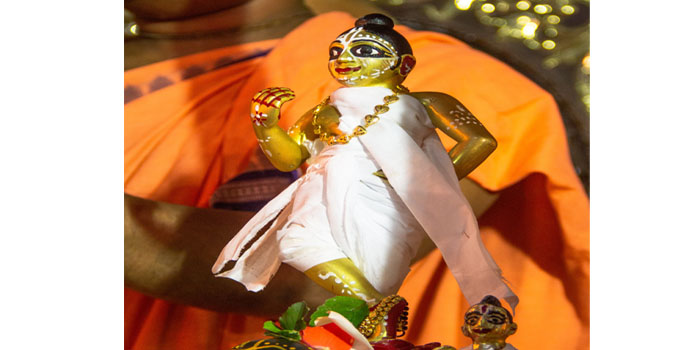 Long ago the city of Mathura was ruled by a demon king Kamsa. All the citizens in his kingdom always lived in fear because he was wicked and cruel in his behavior. He had a noble sister named Devaki who was married to Vasudeva.” 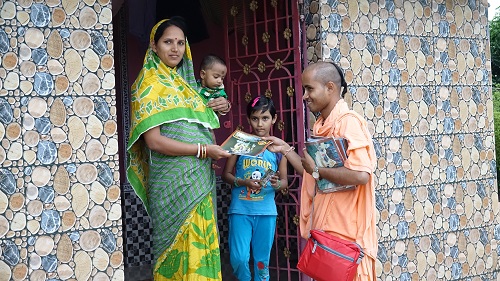 We are glad that people are donating very liberally to the development of the Society's activities, and people are also eagerly accepting whatever humble contribution we are giving them in the shape of books and magazines dealing strictly with the subject matter of Kṛṣṇa consciousness.

According to Skanda Purana, “One can demolish all his sinful acts by simply offering respect to the cows.” If we maintain and serve a cow in a nice manner then we can not only catch Krishna’s attention but we can please Krishna as well. 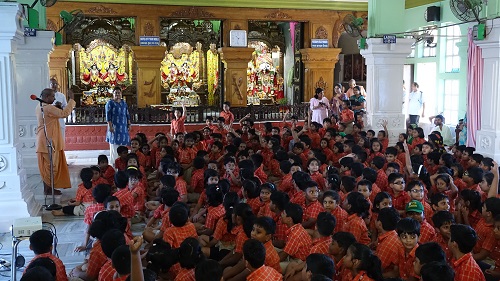 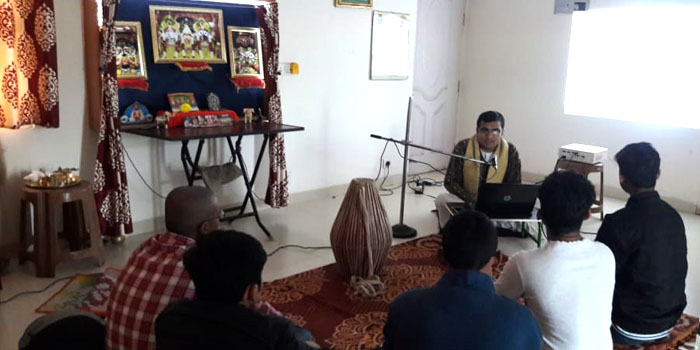 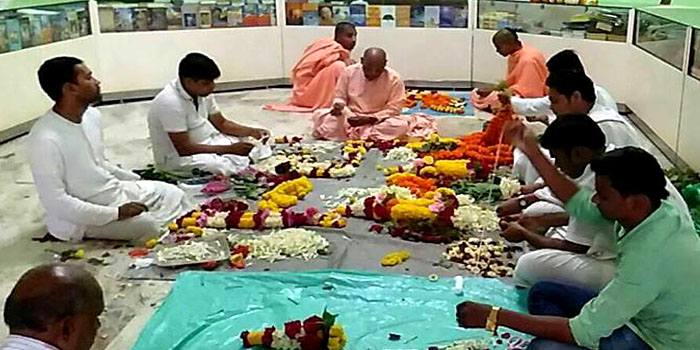